Back to What is mobile broadband?

Which smartphones are the best for browsing on the go?

Facebook
Twitter
LinkedIn
Reddit
WhatsApp
Telegram
Mobile phone technology has come on leaps and bounds in recent years, and smartphones these days are more like than pocket computers than traditional telephones. If you haven’t upgraded your smartphone for at least a year, you could be missing out on the latest technology that can make your browsing experience all the more enjoyable.
See guide sections 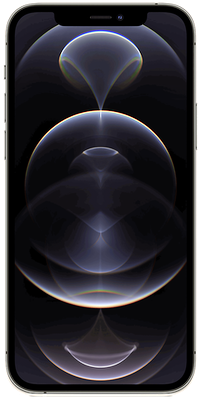 Every year Apple bring out a new, updated version of their hugely popular iPhone range. The latest model is the iPhone 13 Pro, a step up from the iPhone 12 that was released in the autumn of 2020.

With the price set at around £1,000, the latest iPhone does not come cheap, but you won’t be disappointed with the performance.

It has 6GB of RAM which is enough to run all your web browsing and apps, and its A14 Bionic processor makes the experience smoother and faster than any iPhone that came before it. It can also come with up to 512GB of storage, which allows for a lot of room to store your ultra-high quality 12-megapixel photos.

It comes with a sleek, glamorous design and a 6.1-inch OLED display which is perfect for streaming and watching HD videos.

It also has an improved battery life compared to its predecessor, lasting over 9 hours on a 5G network.

If you’re getting a new smartphone and switching between iOS and Android, it’s easy to transfer all your contacts, photos and music.

However, with paid-for apps it’s not so simple. If you use a lot of apps, we recommend getting an iPhone as almost all the best apps will be available on the App Store.

Samsung’s latest Android smartphone is also a firm favourite with customers, many of whom prefer the Android operating system over Apple’s iOS. It’s been over 10 years since Samsung launched their ‘S’ smartphone series and its popularity shows no signs of slowing down.

With 8GB of RAM, the Galaxy S21+ will be able to process more than enough web browsing or apps that you could possibly handle. Its sister model, the Galaxy S21 Ultra 5G, even comes with a whopping 12GB of RAM.

The Galaxy S21+ boasts the latest Wi-Fi 6 technology, which according to Samsung, will boost your internet speeds by up to 20%. However, you will probably need a new router in your home to take full advantage of this.

With an Exynos 2100 chipset, its processor is the best ever for an Android phone and is almost as good as the A14 Bionic processor, as seen in the iPhone 12 Pro.

It also comes with either 128GB or 256GB of storage, allowing plenty of room for photos which can be taken from one of three lenses – one with an amazing 64-megapixel lens capable of 3x hybrid zoom.

Samsung’s latest smartphone will cost you around £1,000, so it’s definitely not cheap, but will allow you to browse the internet to your heart’s content.

The latest Google model is the fourth instalment of their Pixel smartphone range, which are good enough performance-wise to rival both Apple and Samsung. Like its predecessors, it comes with an Android operating system.

It’s a good-looking phone, smaller and lighter than the average smartphones on the market today and comes with a few features that set it apart from other Android smartphones.

It comes with 6GB of RAM and a Qualcomm Snapdragon 756G processor, making web and app browsing fast and seamless.

It also comes with 128GB of storage, and starting at just under £500, is significantly cheaper than its iPhone or Galaxy alternatives.

Its standout attribute is it has some of the best camera features of any smartphone available today, with a 16-megapixel rear camera that automatically chooses your best photos, all on a 6.2-inch FHD+ OLED screen. 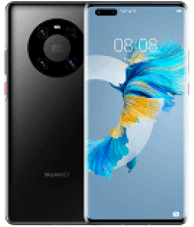 The latest model of smartphone from the Chinese tech giant is one of the best all-round phones on the market right now.

With a 6.76-inch OLED screen, it’s not ideal if you’re looking for a smartphone on the smaller side of the scale. But with 8GB of RAM and 256GB of storage, expandable up to 512GB, its performance is top of the range.

It has a state-of-the-art Kirin 9000 processor, which is the first widely available 5nm silicon chip in the world with a built-in 5G modem.

It’s battery, while slightly smaller than the battery on the Mate 30 Pro, Huawei’s previous model, it is still impressively long-lasting.

The quality of its camera is also hard to beat, with a 50-megapixal rear camera capable of high-quality underwater photography, and a 13-megapixel front camera.

Costing around £1,100, it’s not cheap, but with such a high performance it’s arguably worth every penny. 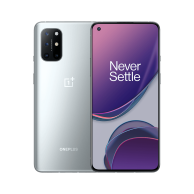 Another Chinese competitor that has burst on the scene in recent years, OnePlus’s latest model is a great smartphone with all the standard, up-to-date features while still offering great value for money.

It has a Snapdragon 865 processor, with 8GB of Ram and 128GB of storage upgradable to 12GB and 256GB respectively, meaning its web browsing experience is just as fast and smooth as some of the other top-of-the-range smartphones.

And when you can snap one up for around £500, it’s one of the more attractive options available to people looking to buy a new smartphone.

It has a 6.55-inch OLED screen and a 48-megapixel camera, all within a sleek design.

OnePlus may not be the most well-known mobile phone brand yet, but it was only launched in 2013 and its smartphones are now beginning to rival the best ones on offer from its better-known rivals.

So, which smartphone is best overall?

It’s hard to judge which smartphone is the best overall, as they all come with different features which some customers may prioritise over others. Take a look at the following comparison table to see which one you think is the best:

Switch your broadband over the phone