Back to Shell Energy Broadband
Choose a topic

Is Shell Energy Broadband any good?

Shell Energy is a global company, well-known for their petrol stations in multiple countries as well as providing gas, water and electricity to countless homes and businesses. But is their broadband any good? Continue reading our review to find out more.

Fast Broadband – average download speeds of 11Mbps and upload speeds of 1Mbps. This is ADSL broadband, meaning it is best suited for smaller households of one or two people who don’t use the internet very often.

Superfast Fibre – average download speeds of 35Mbps and upload speeds of 9Mbps. This is fibre broadband, making it faster and more reliable than the ADSL broadband. This broadband would be suit able for an average sized household of three or four people who all use the internet regularly.

Superfast Fibre Plus – average download speeds of 63Mbps and upload speeds of 17Mbps. This is a faster fibre network which will be better for average households who have multiple devices using the internet at once, and who stream or download music and films regularly.

Ultrafast Fibre Plus – average download speeds of 290Mbps and upload speeds of 45Mbps. This is currently their fastest broadband packages, and it should be more than enough even for large, busy households who like to stream in 4K or play data-intensive games online.

All of Shell Energy’s broadband packages come with unlimited downloads and include pay-as-you-go calls as standard. They also all last a minimum of 18 months, but unlike most broadband providers, there is no price rise when the contract ends!

Price: How much does Shell Energy Broadband cost?

Shell Energy Broadband is one of the cheaper broadband providers, and most customers believe the provider to be good value for money.

Are there any downsides to Shell Energy Broadband?

Availability: where can I get Shell Energy broadband?

Shell Energy, like many other broadband providers, uses the Openreach network, so their basic and superfast broadband packages are widely available around the UK. However, it seems that their ultrafast packages are not as easily available.

If you’re unsure you can use our postcode checker to find out whether Shell Energy broadband is available in your area.

Shell Energy Broadband don’t have too many special offers or extras to get excited about. There is no TV package currently available either.

However, Shell Energy Broadband customers who join the Shell+ rewards scheme app have access to a 3% discount on fuel, while customers who use Shell Energy for their gas and electricity may also be eligible for discounts on their broadband. Please check the terms and conditions of these reward schemes for full details.

Shell Energy Broadband also offers three different call packages (Evening and Weekend Plus, Anytime Plus, and International Calls) that can be added to your broadband service depending on your personal needs.

As Shell Energy Broadband uses the Openreach network to deliver internet to your home, all of their broadband packages come with line rental, but pay as you go calls are standard. If you want to add inclusive calls to your broadband and phone package, consider the following offers:

When you sign up to any Shell Energy Broadband package, you will be sent a WiFi router that will be used to set up your connection.

Customers on Shell Energy Broadband’s basic, ADSL broadband deal will receive the somewhat outdated Technicolor TG588V V2 router, which doesn’t support fast speeds and also doesn’t have the strongest signal, meaning pockets of your home may be left without connection. 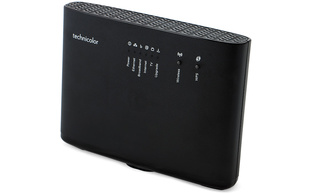 If you go for any of Shell Energy Broadband’s fibre packages, however, you will receive an updated model – the Technicolor DWA0120. This has a much-improved signal strength, can support much faster speeds, and it also comes with 4 gigabit network ports. But with just three antennae, this is not as powerful a machine as the ones supplied by rival providers such as Sky, BT, or Virgin Media. 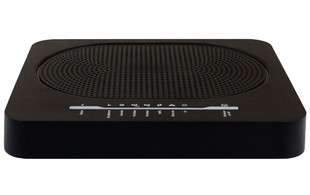 Luckily, you won’t have to pay any extra for the router you receive, while you also won’t be faced with any installation or setup fees. However, Shell Energy Broadband requires a landline, so you may have to pay a £60 fee if your home is not already connected.

How is Shell Energy broadband rated by customers?

Shell Energy do not have a particularly good record when it comes to customer service. Although they are a relatively new provider, their old company First Utility faced many complaints about unresolved complaints and long call waiting times.

Having said this, Shell Energy Broadband has a UK-based customer support team, with phone lines open from 8am-6:30pm Mon-Fri, and 9am-4pm on Saturdays. You can call their customer service team on 0330 0945801. It also has online customer support available 24 hours a day.

Shell Energy do not offer too many exciting packages for their customers and, although they are a low budget broadband provider, they do not provide the cheapest or the fastest broadband deals. There are also no TV bundles available with Shell Energy broadband. However, they do provide the bonus of cheaper petrol prices thanks to their rewards scheme, though you will have to wait until you find a Shell filling station.