Back to Sky
Choose a topic

Sky is one of the UK’s leading telecom companies, long known for its TV offerings, but it also offers a number of broadband deals with a range of speeds. Sky Essential, Sky Broadband Superfast, and Sky Broadband Ultrafast are their three main tiers of broadband package - but what’s the difference between them? And which one is right for me? Read on to find out.

Sky broadband deals at a glance

Sky’s basic ADSL broadband package is known as Sky Essential, and with average download speeds of 11Mbps and upload speeds of just 1Mbps, it certainly won’t blow you away. That being said, these speeds should be sufficient for a small household (1-2 people) of light internet users. If you like to stream TV at the same time, however, you may need a faster package.

Costing £30 a month, you’d also be better off looking at similar entry level deals from rivals such as BT, TalkTalk, or Plusnet. In fact, many ADSL broadband deals start at under £20 a month, and you won’t find many packages offering slower speeds than Sky Essential.

So, we’d recommend Sky Essential if you’re set on the provider (maybe you’re eyeing up their TV options), but you can only access ADSL connections where you live. If Sky Superfast Broadband is available at your address, however, you should consider this improved package as the difference in price is somewhat negligible.

For £5 less per month, you can get Sky’s mid-range package, known as Sky Superfast Broadband.

This is Sky’s basic fibre package, offering average download speeds of 59Mbps which should be enough for most medium-sized families and households, even if you like to stream TV or play online games simultaneously. It’s average upload speed of 16Mbps is also vastly superior to the 1Mbps offered by Sky Essential, which is great for those that work from home.

Although Sky Superfast Broadband is technically the slowest Sky broadband package that uses a fibre optic connection, in reality it’s actually the fastest Sky broadband connection that the majority of the country can access. This is because the next best package, Sky Ultrafast Broadband, is currently only available to less than 20% of addresses in the UK.

Sky’s top-level broadband package, known as Sky Ultrafast Broadband, and can provide average download speeds of 145Mbps as well as upload speeds of 27Mbps. This is in line with some of the ultrafast, full-fibre packages on offer from rivals such as Virgin Media and BT, and should be enough speed even for large households of serious gamers.

Where Sky doesn’t quite match up to its rivals yet though is in its coverage. Sky Ultrafast Broadband is currently only available to around 18.5%* of homes in the UK, so you’re more likely to be covered by someone like Virgin Media.

If it is available where you live, however, we would recommend this package over Sky Superfast Broadband, as the speed you receive and overall performance is dramatically increased for just £8 extra a month.

Equipment: What router will I get with each deal?

As well as the speeds you receive and the price you pay, the router you receive can differ slightly depending on which deal you go for. 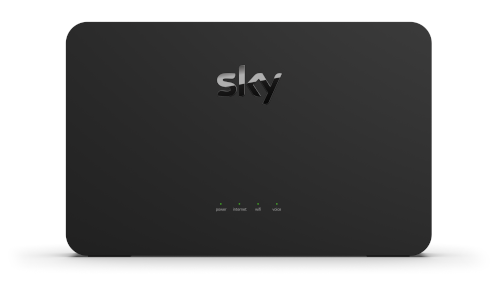 While the Sky Hub doesn’t use newest technology and doesn’t come with the latest features, it will do what most users need it to - that is connect your devices to the internet. If you do want to upgrade your router, however, for £5 extra a month you can add Sky Broadband Boost to either your Sky Essential or Sky Superfast Broadband subscription.

If you want the latest tech then you’re looking at a Sky Q Hub, which is only available to customers who sign up to a Sky broadband and TV bundle. 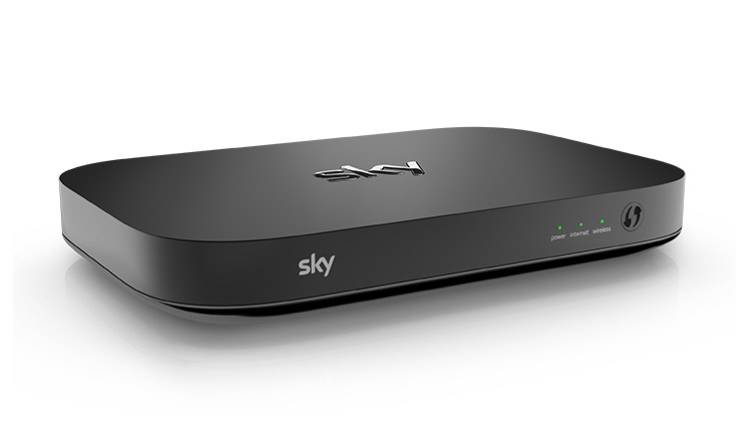 TV: What add-ons are available?

Sky have one of the widest selection of TV packages to choose from in the UK. Its basic entertainment package is also the most comprehensive entry-level TV subscription with over 300 channels included. They also offer comprehensive sports and movie packages, as well as kids’ packages, all of which you can mix and match to create the perfect TV package for your household.

You don’t necessarily have to be a Sky broadband customer to enjoy Sky TV, as all their subscriptions are available as standalone packages. However, bundling your broadband and TV together under one deal will save you money overall. For more information, check out our guide on Sky TV.

Phone: Is a landline included? And are calls included?

All of Sky’s broadband deals use the Openreach network to deliver internet to your home, which means data is transferred via the copper phone lines from the street cabinet to your router.

Therefore, line rental is included in each of the Sky Essential, Sky Superfast Broadband, and Sky Ultrafast Broadband. However, all these call packages are on a pay as you go basis, so no free calls. Luckily, this may not matter to most people as home phones have become somewhat obsolete with the rise of smartphones.

If you do want calls included with your Sky broadband deal, you have three options:

Sky Essential (11Mbps) currently costs £30 a month, but for two thirds of that price you could be getting much faster, fibre speeds, as well as free calls, with NOW Broadband’s Super Fibre + Anytime Calls (63Mbps) package.

If you’re happy with basic ADSL speeds, however, you could save over £12 a month by going for Shell Energy Broadband’s Fast Broadband package, which for the same speeds as Sky Essential costs just £17.99 a month.

Sky Superfast Broadband (59Mbps) will currently set you back £25 a month, and for that speed it’s actually comparable to similar deals from rival providers. With Vodafone’s Superfast 2 package, however, you’ll get slightly higher speeds (67Mbps) for a little bit less a month (£22).

But if you’re happy spending £25 a month, you should consider Hyperoptic's Fast 150Mbps Broadband Only deal if it’s available where you are, as for the same price you’ll get more than double the download speed (158Mbps).

For just £33 a month you can get download speeds of 145Mbps with Sky Ultrafast Broadband, which is actually more speed than what you’ll get for a similar price with rivals such as Vodafone and EE. However, if you’re lucky enough to live in an area served by Hyperoptic, you could get their Fast 500Mbps Broadband + Phone package for £37 a month.

But if it’s ultrafast speeds you’re after, you’re better off with Sky than BT’s Full Fibre 100 (150Mbps) package, which costs £39.99 a month. You can find cheaper packages with similar speeds, for example with Community Fibre’s 150Mbps package, but again this is only available in limited areas.