Back to Apple iPhone 11

Back to Apple iPhone 11" 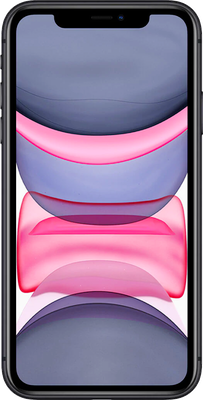 usave.co.uk is supported by its users. When you make a purchase through links on our site, we may earn an affiliate commission

See deals on other networks

iPhone 11 on Sky Mobile in other colours

Apple claims that the iPhone 11 is made from the toughest glass ever used in a smartphone, with improved IP68 water resistance.

Apple have also included a new dual-lens camera on the iPhone 11, which includes both a standard wide-angle lens, and an ultra-wide lens. The ultra-wide lens has a whopping 120 degree field of view, capturing four times more of a scene than before.

The iPhone 11 comes in six different colours, including white, black, and (PRODUCT)Red, as well as pastel-like green, yellow, and purple.

The new ultra-wide angle lens is great for landscape shots as it has a 120 degree field of view. Optical Image Stabilisation is supported by the standard wide-angle lens, but the ultra wide-angle lens does not.

The iPhone 11 has a 6.1inch LCD display that has a 1792x828 pixel resolution at 326 pixels per inch. Despite it not being an OLED display, Apple claims that the screen in the iPhone 11 is the most advanced LCD display ever used in a smartphone.

The display supports Tap to Wake, swipe-based gestures (instead of the Touch ID home button) and True Tone matching so that true-to-life colours will be produced by matching the white balance on the display to the ambient lighting.

‘Animoji’ and ‘Memoji’ features are supported by the TrueDepth Camera System. These are 3D animated emoji characters that can be controlled with your face. Animoji are based on animals, whereas Memoji are personalised avatars.

Over 50 muscle movements are analysed by the TrueDepth camera in order for Animoji and Memoji to work.

The iPhone 11 comes with an A13 bionic chip that is much faster than the previous generation A12 Bionic chip that was found in the iPhone XR. Apple claims that the A13 bionic is ‘years ahead of the pack’ and is the fastest chip ever put into a smartphone.